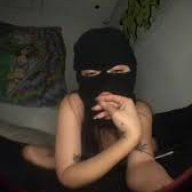 Phillipines​
1.5 When did you join the community?:

I think we need some good helper like me, i am not telling our helpers wasnt good but for me i have some much experience and some of our helpers isnt active so i want to be a part of a helper team back to prevent and help some newbies for their questions and answer it right... for me as i played like a years in our community i can help them and totally give them a right answers... because having a good helper can express people to play in our community, specially some players from different servers that all want is to play and having a good community so i wanted to reinstate to start helping again.​
2.2 Why should we choose you over the other applicants?:

You should choose me among the other applicant because i am capable, and willing to give some time to help even tho i have much work, i will fully play lawless when my restday comes, and for me i should be hired because i have much experience i might know how to be good helper as i have been trained by our literally good helper manager and that was martin soprano,jaim kappa, rock howard and jesus cortez, i've learned some things from them and i adopt what they want me to do.​
2.3 :

Nash is a hard working person, he got a Law Degree on University, He have quite a few years of experience within the Army, He also gathered some experience as a Security guard. He is a very good driver, he can shoot very good, and he know everything about the LSPD! Well, It all started in 1982. July 18th, 1982 to be exactly. Nash was Born with the father Oscar Lachica and his mother- Nancy Lachica. His childhood was something he called it PERFECT! The money, toys, all the electronic's that he could have had back then. Up too about 1990 everything was perfect. School was just great. He had all the friend's He could have, great grades, no enemys. Just perfect. It was in August of 1990 that his parents had a fight. He got a police playset for his good test score. He accidently took my dads phone, and broke it as him NOT paying a ticket that He wrote out to him for not picking up his underwear for his shower. He acused his mother for it, and they got into a huge fight. As He grew up in Liberty City, He ran off and got onto a bus that went to Las Venturas. Being 8 years old, and in Las Venturas, about 7 thousand miles away from my house, He was sad and lonley living in the back of a 24/7 store. He always sneaked into the store to get some food. He slept with the rats. When He was 17, He got a job at the 24/7. For 9 years he lived behind it, and now he worked there. he got a small apartment on top of the 24/7 which he got or $100 a month. I got sick at 19 years old, and had about $7,000 saved up. He didn't show up for work, and slept all day my house. Eventually He recovered and found out the worse news in his life. The 24/7 was closing. The owner was moving too San Fierro. He asked Nash to join him, and live with him for $5,000 every half a year. He had enough money, and he offered to nash a job there. Then he told to nash he would sell to nash the store for 8 thousand, or he'll give it too the original owner for 20 thousand. The owner would have build it into his own storage only usable by him. We had not many costumers at our store. Well anyways, Nash decided to move to San Fierro with the owner. He never remembered his name. When we got to San Fierro, he told me to put on these clothes. The clothes were for gay stripers at a gay club for men. He expected nash to have sex with other old men for a small amount of money. He disagreed and left his house. He never refunded my $5,000. He would have sued him, or goten' a new job, but he didn't have my papers, or passport. He just started walking. He ended up being in Los Santos. He found my parents living near Vinewood as rich people. He got his paperwork and got a job. For the next 9 years He worked at the Transfender. Now Nash, appling for the LSPD because He know what's right for this city. He know which people are bad, which are good.​
3.2 Security Information (/stats): And many more i forgot yes, when i dont know whats the meaning of dm​
4.3 Have you ever been Admin Jailed?:

There's a little problem with your biography, it needs to be in 3rd person.
Reactions: AidanC

Braddock said:
There's a little problem with your biography, it needs to be in 3rd person.
Click to expand...

thanks for your concern

Nash Lachica said:
thanks for your concern
Click to expand...

Will absolutely support you once you change it.
Reactions: AidanC

Braddock said:
Will absolutely support you once you change it.
Click to expand... 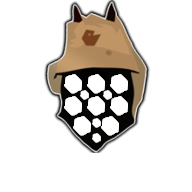 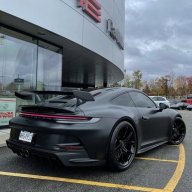 Locked for now, we'll be back in a couple of days with our official decision. 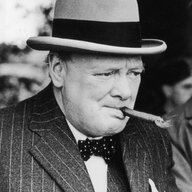 I'd like to announce you that your application has been accepted, and you're now an official member of the Helper Team.

Please, do go ahead and contact either me or any other Helper Manager In-Game, to set everything up.
Once again, Congratulations and welcome to the team!