Philippines​
1.5 When did you join the community?:

I started playing Lawless 4 years ago but stopped. I created this account on April 2019​
1.6 From scale of 1 to 10, how are your English grammatical skills?:

I would like to become a helper because I have noticed that every player has doubts and questions. I do not really want to have this helper tag because it's okay for me to help without it but because of trolls, most people with questions do not trust random people but wait for helpers. I have been a very toxic and a bad player then but as I play here longer, I have realized that this server should be cared properly. All people we meet every hour and every day we should cherish. That's why I want to help people so they will love this server and experience what other people have experience in this server. Having fun and making friends. I am also happy if a person has a question and nobody can answer it but me.​
2.2 Why should we choose you over the other applicants?:

I think you should choose me over the other applicants because I actually want to take care of the community. From those who troll up to those like me who is having fun in this server. I do not usually ask for recognition but I think I have to be a helper to have more chance on helping people. I am active most of the day especially in the OC timezone where new players play. I have also been helping people regarding mods via direct messages. I feel satisfied when they thank me and that's enough for me. I also have a lot of patience which I think a helper should have. Those who do not speak English properly I can handle. I am good at improvisation. Lastly, I am also friendly and a bit talkative. Which is also necessary for helpers since new players will actually be encouraged to ask the things they do not know therefore expanding their server knowledge.​
2.3 :

John Frusciante was born in a very poor rural area. His parents were very simple. His father was a farmer and his mother was a housewife. John has a lot of brothers and sisters and he was the firstborn child. He helps his father on farming during the day and his mother on dinner during the night. He wasnt able to go to school at an early age. He pursued grade one when he was ten years old. He promised his parents and his siblings that he will take them up from their simple life. Of course, his parents were very supportive and said that it's okay if they will not have a extraordinary, and sumptuous life. It's okay to them if they all were able to eat 4 times a day. Even though they had a simple life, John was taught good discipline and manners. His mother taught him at home so he would not have a hard time when he goes to school. He excelled at school that he was able to pursue college when he was 20 years old. He had to go very far away to his parents and siblings. He said farewell to them and left home. A few hours later, he went to the university. He was not used to many people around him. He was mesmerized. Good thing that he had a childhood friend going with him. His name is Jim. Jim goes to urban areas every now and then so he was not very surprised. Jim did the talking while John was hiding behind him. Finally, they were able to go to their dorm. John thought their dome as a haven where he can go peacefully. He studied law which was a very hard thing to study while his friend Jim, studied criminology. John kind have of got used at the university. They both studied very hard that they barely talk to one another. John indeed was an excellent student but Jim was at a different level. One day, John was going to their dome to finally rest from the restless work he had done. He went inside and wondered why Jim had not been home yet. It was very unusual for him because Jim usually goes home first and cooks delicious foods for them both. There was a note from their bunk bed saying that He will never see Jim again. John was very puzzled wondering why Jim left this message. He also remembered that It's the last day of March so John thought that Jim was probably pranking him for the first day of April, the April Fools. John smirked thinking that they havent talked for a while. John, being tired, forgot it and slept. A week has passed, Jim was still nowhere to be seen. Month has also passed but, Jim still cannot be found. John thought that it couldn't be a kidnapping or a murder since Jim left a farewell note. John accepted the loss of his best friend and moved on. Ten years after, John was a very successful lawyer. He is very famous and can be seen on newspaper every day saving another "innocent" suspect. John became very wealthy. He had the charm that was used to control judges in the court and the intelligence to solve intricate cases. One day while John was walking, a suspicious man was following him carefully. John noticed it. John thought that he was probably only paranoid. He ignored his feared that the fast beating of his heart had shown. Finally, the suspicious man went beside him and said. "Don't move beyond my orders or something bad will happen to you." John was so scared that he could not move a muscle. The man said, "I have been watching you, observing you since you became a lawyer." "Get inside the car." John realized that he will never have a chance to fight back because the man has a built muscle. He went to the car and behaved. "Do you have any clue who Jim is?" John's eyes were violently opened realizing that he had forgotten his friend. The friend who were always beside him helping him. John said, "Yes, I know him. I know him better than anyone." "He was my best friend," The man shouted, "You do not know anything about me!" John was very frightened that he did not took the man's word in. He had not realized until a minute that the man was Jim. "Jim?" "Is that you?" John asked confidently. Jim explained that he was recruited by the Federal Bureau of Investigation. He had a very traumatic training for 5 years. Fighting in the middle of the warfare, surviving in every way he can. "I am here to let you experienced what I have experienced, to let you feel what pain I have felt, what orders I had to follow forcefully, In short, I am recruiting you." John froze, remembering all his memories like it was just yesterday. "I would like to, after all you are my friend." After that, John lived as a LEO until the day he dies.​
3.2 Security Information (/stats): Chicharon_Juan​
3.6 Do you have any experience (Roleplay):

I have been, once. It was back then where I quench my boredness by killing people randomly. I am glad when I did it the first time, I got dm warned immediately. It taught me a lesson to never do that again.​
4.3 Have you ever been Admin Jailed?:

I have been, for logging to avoid and leaking HMA informations. Which are both intentional. I will never think and plan to do those any again ever.​
4.4 Have you been Admin jailed / warned in the past month?:

No, I played honestly and fairly after my last admin imprisonment.​
4.5 Have you ever been banned?:

I have never done such grave things such as hacking. So no.​
4.6 Have you ever been a helper before?:

This person is good choice. I like his way of talking, I like his activity. He is mature and smart enough to handle the pressure of being a part of helping Cadre. I hope he'll get a name in helping enumeration. Good luck. Supported by Platinum.

People may think it's too fast for you to become a helper but I have the complete opposite opinion.Considering the fact that newbies need guidance and we need more helpers on OC timezone, John would be a good addition.Supported. 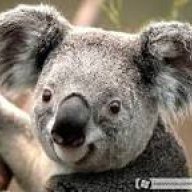 me, the legendary helper, supports this application
Reactions: Alyx Fletcher 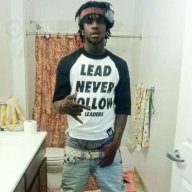 this guy is fully exprience to become its was blood of pinoy i said this application SUPPORT good luck mate! 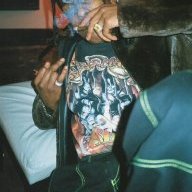 Shane Platinum said:
This person is good choice. I like his way of talking, I like his activity. He is mature and smart enough to handle the pressure of being a part of helping Cadre. I hope he'll get a name in helping enumeration. Good luck. Supported by Platinum.
Click to expand...

Thank you for the support. Dont compliment me too much Im blushing.

Masked Man said:
People may think it's too fast for you to become a helper but I have the complete opposite opinion.Considering the fact that newbies need guidance and we need more helpers on OC timezone, John would be a good addition.Supported.
Click to expand...

Thank you for the support Vinz. I love you homie.

Tugal said:
me, the legendary helper, supports this application
Click to expand...

Thanks Tugal. I honestly am skeptical at first if someone is gonna support my application. The last person who I thought will support this was you.

Kelly. said:
this guy is fully exprience to become its was blood of pinoy i said this application SUPPORT good luck mate!
Click to expand...

Thanks Cabalen. Im at your province too. Let's speak Kapampangan next time.

Thanks Nic. Of course you're the best.

JohnEP said:
Thanks Tugal. I honestly am skeptical at first if someone is gonna support my application. The last person who I thought will support this was you.

Thanks Cabalen. Im at your province too. Let's speak Kapampangan next time.

Thanks Nic. Of course you're the best.
Click to expand...

Hahaha, well i know you well and most likely you can contribute in a lot of ways in the team